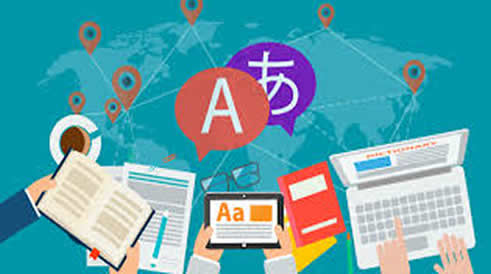 The goal of the translation is that the target language text expresses the same as the original one. If the message is exactly the same it can be considered a successful translation.

This is the case in which the translator expresses a text that is in a language different from his mother tongue into his country´s language.

It is the opposite of a direct translation: a text of the translator’s language is translated into a different one.

The original text is translated into another language word by word. This is the one that is mostly done by computer translators or found on the Internet.

Unlike the previous one, the text idea is maintained, but with different words.

It is used at oral discourses. In this cases the translations are made at the same time that the speech or debate is spoken, for example. It is usually done in conferences or international meetings. The professional translator simultaneously translates what is being said into another language and the original language is also heard (this is called Voice-over)

This covers the speeches that are translated into sign language for the understanding of the deaf and dumb, the written translation that appears at the bottom of the screen when a film in another language is watched both on television and in the cinema (also called subtitles) and also the cases in which the audio of the original language is replaced by the translated one so it matches with the movements of the speaker. It is used in movies and series (known as dubbing).

It also refers to the translation of literary texts as prose, for which the translator must manage to maintain the style of the original text, or poetry. In this type of texts, the translation must also comply with the rhyme, which is quite difficult.

An advertising text is translated into a different language. In this cases, translator must be careful that the message is not modified. It must be translated in such a way that it means the same thing when it is transferred to the culture of the recipients.

It is carried out by an official translator who is legally responsible for what he translates. It deals with documents for official procedures in entities that can be both private and public.

It can be of two different kinds.

Read: the original text is translated.

Singing: the translated text must be in accordance with the rhythm so that it does not lose coherence and continues to match the sound. It is often not possible and the lyrics or at least some words are changed remarkably.